What On Earth Is Going On With Passive Fire Protection? 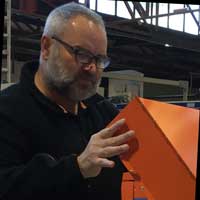 Everyone knows things are changing but no one seems to know why.

I am being asked more frequently, in fact, several times each day, especially in light of May 1, 2022 getting closer:

John, what is going on with passive fire protection? What has changed? When and why?

So how do I answer these questions?

Firstly, I can say with confidence, that it is not one single regulatory change implemented in NCC 2019 that makes old fire test reports and assessments redundant on May 1st, 2022. That is the primary reason, but it is easy to blame this significant change for the focus on passive fire protection and a state of what seems to be panic in some quarters.

So, what else has changed and why?

Grenfell, all the cladding fires globally, and our own Lacrosse Fire have spooked the insurers.

Locally, the outcomes of the court cases for the Lacrosse Fire saw the Design and Certification team found wanting and their insurers paying for the rectification and the court costs.

For those who could get and afford the spikes in insurance for things relating to design and certification of fire, they wanted to be less risk-averse to keep the insurance, because without insurance, under regulations, the practitioners cannot be licensed and operate.

The biggest change is certainly enforcement.

The design and certification industry is asking for fire test approvals and reading them and finding that many products promoted as so-called “4 hour fire rated” products have little or no relevant fire test data.

This is very prevalent in sealant, FR foams, and fire collars.

Practitioners are now understanding that the FRL applies to the fire tested system, not the product. So, by way of example, one fire test for a sealant for a small joint in concrete does not mean it can be used anywhere there is a gap or openings in all walls, shafts, ceilings, floor slabs and around service penetrations.

Implementation of AS1851 Series

Passive fire protection measures are checked during annual inspections and defects during the defect liability period, working their way back to the builder. For those with integrity who do not phoenix, the costs of rework becomes significant and there is an appetite to get it right the first time.

Slowly but surely, different states or territories have introduced licensing, mandatory inspection in Class 2 buildings for penetrations, design and building practitioners acts, and of course, Schedule 5 of NCC 2019 allowing certifiers to reject terrible fire assessments (legacies from yesteryear), and most recently the death of old test reports and assessments looming on May 1st, 2022.

The Devil Is Always in the Detail

If old fire test reports and assessments die on May 1, 2022, what does this really mean?

If this is the first time you’ve been made aware of these changes, why didn’t you know about this?

I cannot answer that, but it is clear in NCC 2019; it might be a little bit of a convoluted pathway to find it, but there have been technical guides from the Fire Protection Associations Australia and plenty of activity from manufacturers and suppliers to have heard by now.

Why the Change and Why Do We Have to Fire Test for Old Products?

In my opinion, very old fire tests probably do need to be retired.

The cost and time to fire test again for a large product portfolio are serious. For us at Trafalgar, it was over 100 fire tests, several million dollars and 3 ½ years (and counting!).

My first reaction was to blame the fire test laboratories who initially are the big benefactors, but commercially we found ourselves with no option but to dig in, get the cheque book out, and get on with it.

Many of our old fire test reports saw us with a competitive advantage which was being taken from us; we could sulk, or we could get busy. We chose the latter.

Innovation and product improvements have been stifled by the old grandfather or grandmother clause which allowed those with old fire tests to keep selling their products using these outdated reports.

To pass a fire test and get an FRL to AS1530 Part 4 – 2014—taking into consideration more onerous failure criteria—would mean a new manufacturer would be more expensive than existing suppliers with old fire tests. The new supplier could not fire test to the old version of AS1530 Part 4, so this means only the old products—many of which would not pass to the current version of AS1530 Part 4 – 2014—were being sold and only a few manufacturers controlled the entire market.